The NDTL is engaged in doing drug testing in athletes since 1991.The number of samples tested has improved from the year 2002 when the lab got modernized. The following details are attached regarding the samples being tested in NDTL: 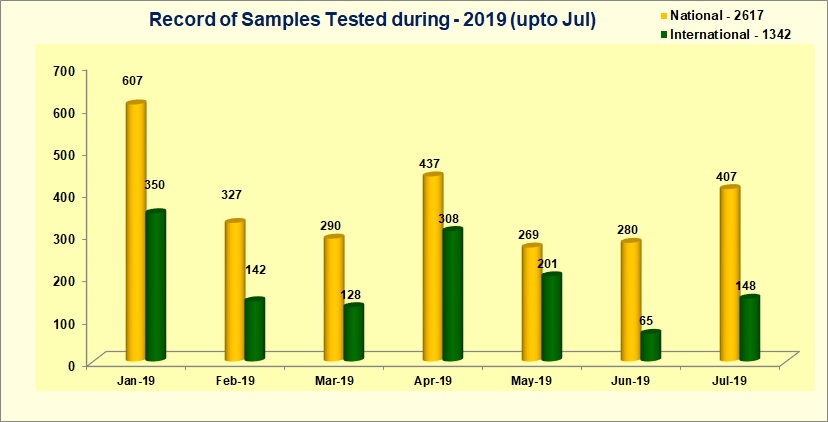 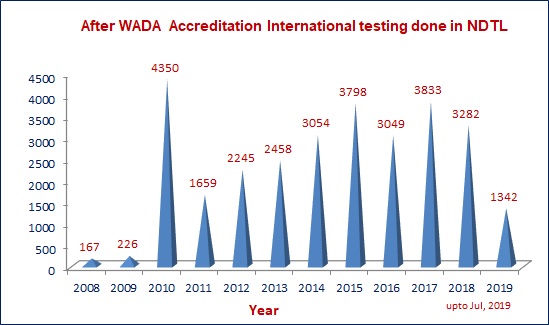 There are a total of 32 WADA accredited labs in the world and out of which six are in Asia. The NDTL, India is one of the six labs in Asia which is accredited by WADA. The other labs are in China, Japan, South Korea, Qatar, and Thailand.