The National Dope Testing Laboratory is equipped with state of the art technologies and the most modern equipment.

Both GC-MS/MS and LC-MS/MS are used primarily to analyze urine samples. The analysis of the blood matrix requires a completely different type of equipment which is commonly used in hospital laboratories. 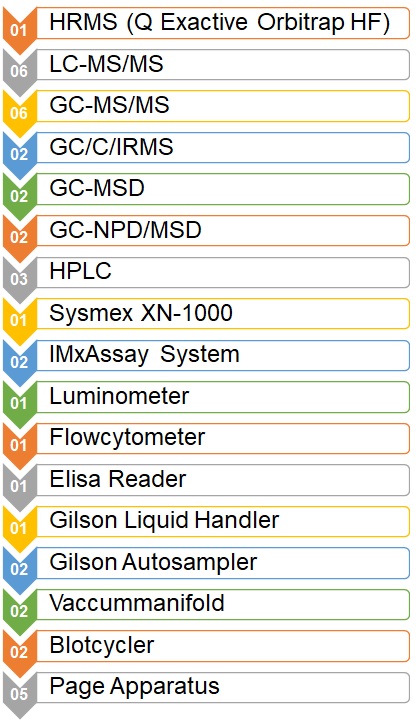